READ IT: The Boner Cop and He Who Smelled It

What happens when you take a random joke waaay too far? The Boner Cop and He Who Smelled It. It’s not easy making a rather thin concept into an entire story, but thats what I did.

It started with a random conversation with my main bud, Thomas. We had an idea for a cop whose gut feeling was always accurate, but soon gut became dick and the dick became hard.

The Boner Cop soon received a rather normal personality to contrast his peculiar power. This made me want to give him some kind of companion. A man whose nose is so huge, he can smell the future. Sounded funny so why not. 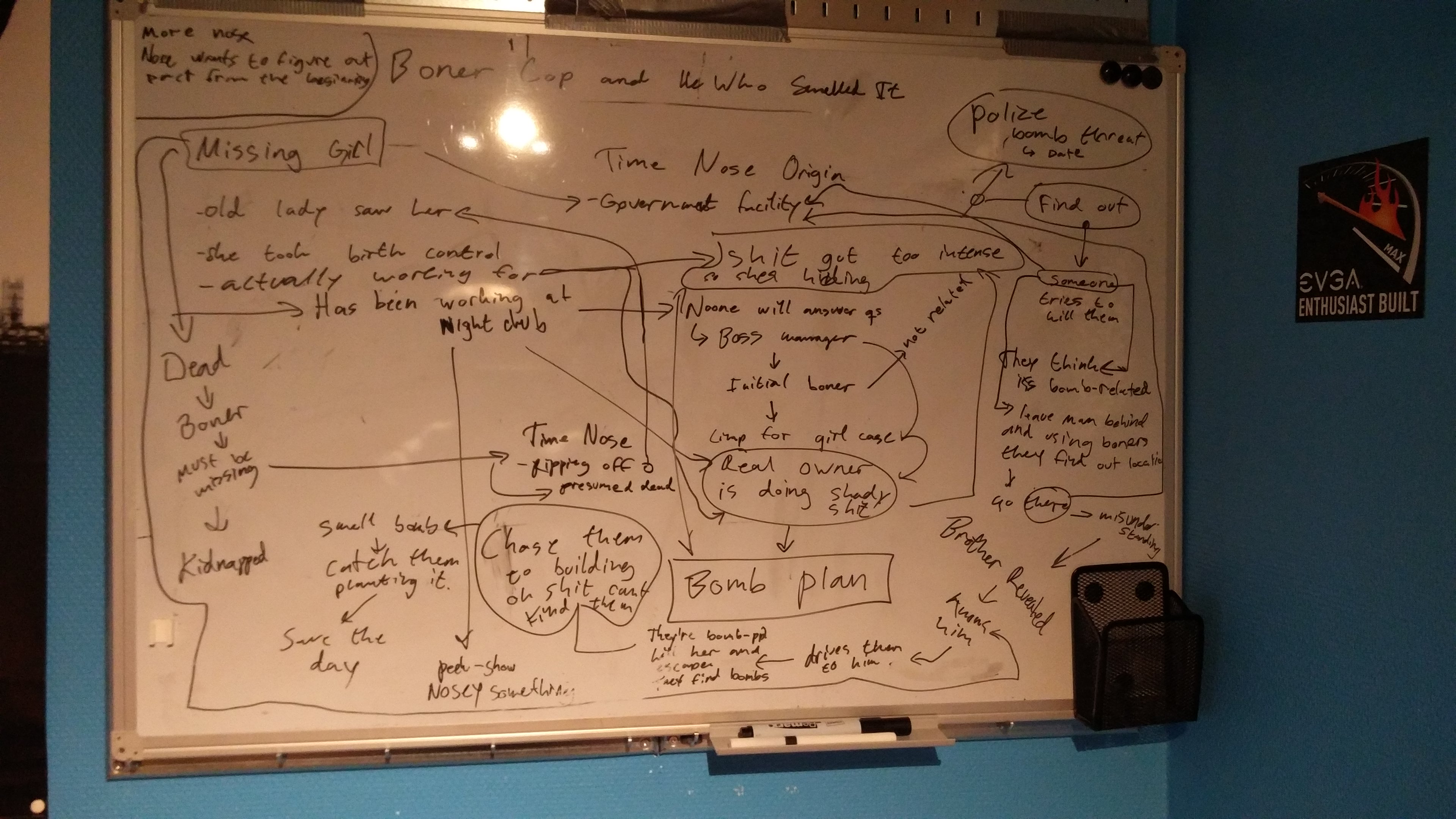 Creating a story to fit these two oddballs was mostly just a process of shitting out a shitload of possible plotpoints and picking out the interesting ones and tying them together. This worked decently well and I had a decent story. Not all aspects were clear and finishing my last screenplay had skewed my expectations. It ended up lying idle for a long time.

Finally I decided to call this half-finished script: draft #1 and get some feedback. For draft #2 I wanted to do it right. I fixed up the story, outlined it better, decided the past of this universe, put in a theme and fixed my characters. I then put all of that on post-its and put it on my closet. Having post-its with individual scenes on them made it really easy to move things around and my timeline made it easy to make sure everything made sense. 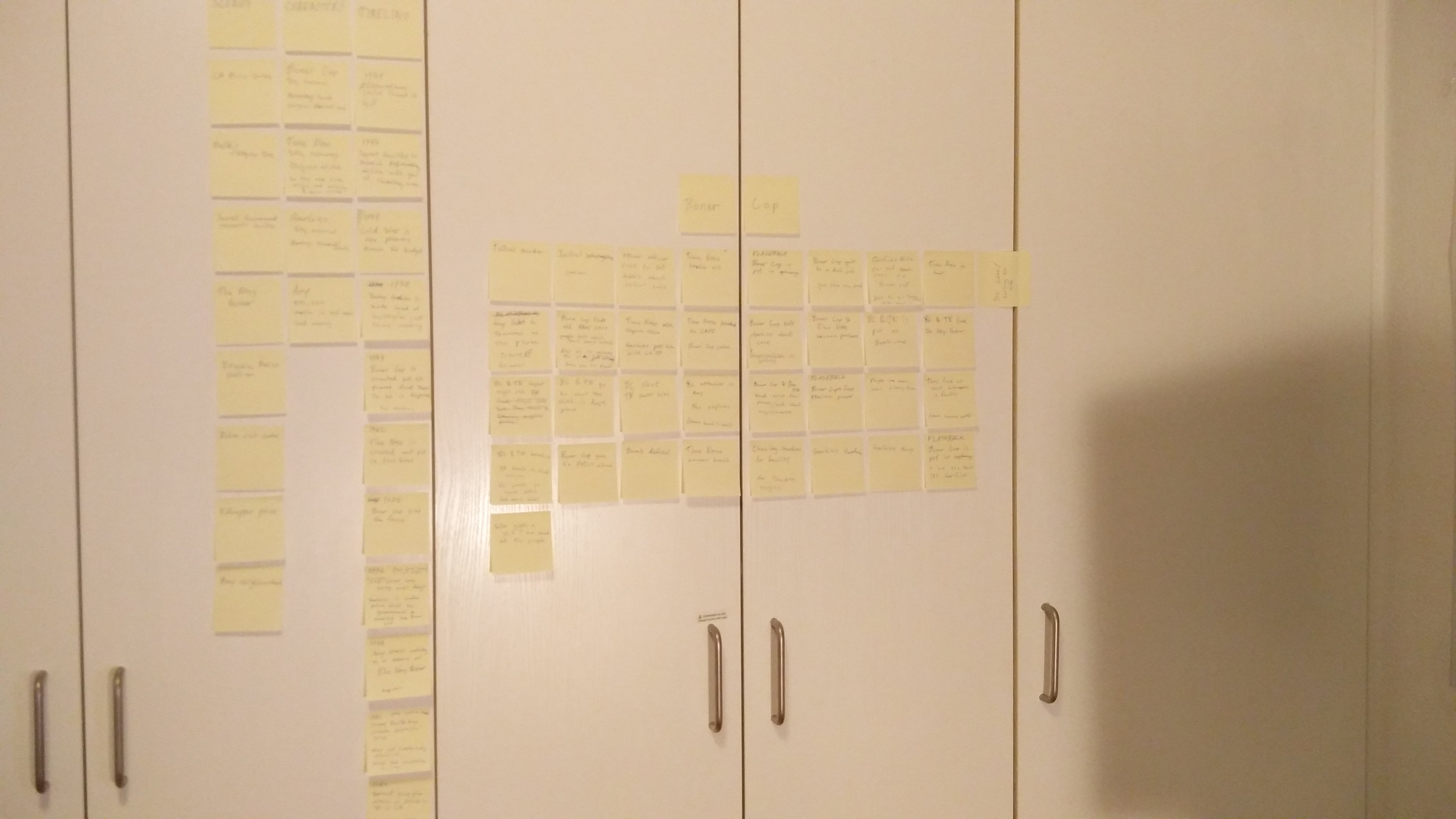 I wrote it as a light-hearted comedy and so it is, but it definitely still has problems. There are some major tonal problems. I essentially wrote myself into a corner, because some of my plot-points weren’t tied together and instead of planning how to get around it, I let a “moment of genius” decide. This turned my lighthearted mystery into a dark thriller. The end result is an awkward 15 pages in the middle of the script, which aren’t bad, but just out of place.

God… This is gonna need a third draft, isn’t it.

This is my second screenplay.